A few months ago I had the opportunity to meet with the crew developing PhoneGap down at their headquarters (Nitobi, down in Gastown district of Vancouver). It’s only a few blocks away from where I work, but the horrible downpour of rain made me think twice about going (hey, it is Vancouver after all). Next time I’ll bring my laptop with me, but it gave me an introduction to what they’re looking for help with, and where they’re taking PhoneGap.

Due to work and home commitments however, I haven’t been able to develop any applications for it until recently. I was stuck at home for almost a week with a terrible flu, and that gave me the opportunity to tinker, and helped me to avoid daytime television.

At first I tried to develop an app much in the same way I develop web applications on other browsers. I built a MooTools package including the dependancies I needed, stuck it in a directory, and began writing classes to implement the UI logic I needed. After compiling and getting it all onto the iPhone simulator, I screeched to a halt.

None of my logic worked. The static HTML was just that…static. So, I trimmed code, recompiled, rinse, repeat. Try again with jQuery, no joy. Try with XUI, and still things were behaving oddly.

Essentially I discovered that I was just trying to do too much. I pulled everything back, simplified my code, and did away with the external libraries. Importing MooTools and jQuery weren’t the problems exactly, though I figured it wasn’t helping. The thing I discovered is that WebKit, CSS3 and Safari’s JavaScript engine are sophisticated enough that there isn’t much need for complicated JavaScript toolkits.

After taking a step back, I went back to basics. I built my class using basic prototype class construction (though I miss “new Class({})” from MooTools). Instead of using JavaScript-based animations, I read up and implemented CSS3 transitions. I did my HTML layout debugging in Firefox with Firebug, proofed them in Safari on my desktop, and only then did I compile and test in the iPhone simulator.

My biggest problem was the lack of a debugger or JavaScript console on the iPhone simulator. My only way of accurately testing where my code was falling down was by issuing “alert()” statements, which of course breaks the flow of code.

I now have my app running smoothly, and as soon as my business name and licenses go through, I’m going to register as an Apple iPhone developer so I can test my app on my iPhone. With luck, I’ll be pushing my application through the AppStore release procedure, which I’m sure will be another learning curve as well.

For now, I’m happy with what I have. I’ve created a simple application that works client/server via XHR with fall-back to disconnected mode when there’s no network connection, the animations and transitions are smooth, and the JavaScript is minimal with no external libraries other than gap.js needed.

I’ll post again once I release, so everyone can see what it is I’ve been working with. I have great plans for future applications, and I’m excited about PhoneGap.

Before I go though, I want to make a few points about my observations of PhoneGap. I might be misinformed on a few points, but the lack of documentation and its relative alpha/beta state may just mean that these features are coming.

Fortunately, the PhoneGap google group is active, and quick to respond. I’m looking forward to becoming more involved as I build more with PhoneGap.

Next:
Managing sites with Git and intelligent post-update hooks
Previous: 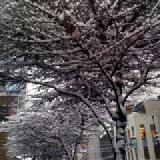 Why, oh why did I ever leave California?
comments powered by Disqus